I first heard the name Yousuf Karsh from my father-in-law in the early 1970’s. I was recently discharged and returned from a tour of Southeast Asia and was beginning my career in photography. He told me how magnificent his portraits were and how he lit his portraits so they became almost three dimensional.

I have to admit, until this time I have not heard the name Yousuf Karsh. A short time later, I read in my local paper, The Morning Call, that Mr. Karsh was a guest lecturer at Muhlenberg College and would also have some of his portraits on display. So I went and saw some of the most beautiful portraits, mostly in B&W, that I have ever seen. I felt so fortunate to have had this opportunity and never forgot it.

Several years later I came upon a magnificent looking book entitled Karsh Portraits at one of the store in our local mall. It was a beautiful large format book than contained many of his black &amp; white portraits and they looked fantastic. The images were printed on a very heavy mat paper with an incredible range of tones showing the fine details in highlights and shadows.

I purchased this book even though it was priced much higher than I have ever paid for a book. But, it was worth every penny. I cherish this book today and it is one of my favorite books in my collection.

Anyone who truly appreciates magnificent photography should consider owning this fantastic book. Along with each image Mr. Karsh comments on the making of each portrait.

The story of Yousuf Karsh is quite interesting. After the massacre in Armenia, at age 16 Karsh was sent to Sherbrooke, Quebec to live with his uncle George Nakash who was a photographer. At this time Yousuf wanted to be a physician, but he went to work for his uncle Nakash who bought him a camera of his own and started becoming fascinated with the art of photography.

A photograph Karsh had taken was given to one of his friends as a Christmas present, who entered the photo in a contest. The photo won first prise and Karsh received $50 of which he gave $10 to his friend and sent home $40 to his parents who were now living in Aleppo, Syria after fleeing Armenia.

A short time later, Karsh was sent to Boston to apprentice for a photographer named John H. Garo. Garo was a friend of Uncle Nakash and a fellow Armenian. He also had a outstanding reputation as a portrait photographer in Boston. Garo also encouraged Karsh to attend evening classes in art and to study the work of the great masters and Karsh began learning about design, lighting and composition.

What was suppose to be a six month apprenticeship turned into a total of a three learning experience. In addition to learning the technical aspects of photography, he also learned and studied about humanities and learned to appreciate the greater dimensions of photography.

One of the things that made Yousuf Karsh a true master in the art of portrait photography is his ability to communicate with whom he was photographing and earn their trust. It was this ability that allowed him to capture their inward power so that when the mask we present to others is lifted if only for a second and their true power is revealed, that is the time to record.

Without even realizing it, that was the reason his portraits stood above what I have been seeing at the time. This is an important ingredient to achieving a magnificent portrait, along with Mr. Karsh’s ability to see and master light.

It was in 1931 that he left Boston and arrived in Ottawa, Canada. and opened his modest photography studio. Shortly afterwards he received an invitation to join the Ottawa Little Theatre, an enthusiastic group of amateur players. This invitation was to have a lasting effect on his life and career.

Here he gained the experience of photographing portraits of the players using stage lighting. He was thrilled with the possibilities of artificial light and the moods he could create with it giving Karsh even more control in lighting and creating and modifying moods. This was a lot different than photographing with natural light in Garo’s studio. If the light wasn’t right one would have to wait for hours sometimes before the right light appeared.

While photographing at the Little Theatre he met Solange Gauthier who helped Yousuf as she inspired and motivated him in the arts of music, literature, drama, and dance. She was to become his wife until she passed away in 1960. Later he established the yearly Solange Karsh Award for the Best One-Act Play in Canada as a tribute to Solange.

When Yousuf Karsh became friends with some very influencial people of Canada such as Lord Tweedsmuir who also introduced him to Prime Minister Mackenzie King, he was invited to photograph Franklin Delano Roosevelt. Roosevelt was the first American President to pay an official visit to Canada. He came to Quebec City to confer with Lord Tweedsmuir and Prime Minister Mackenzie King.

Karsh became friends with Prime Minister King and it was he who made it possible for him to photograph Winston Churchill in Ottawa in 1941. It was this portrait that started Yousuf Karsh onto international fame. Along with this portrait is an interesting story on how Karsh photographed Churchill and was able to capture his glowering expression.

Here’s the story as Mr. Karsh tells it:

After the electrifying speech I waited in the Speaker’s Chamber where, the evening before, I had set up my lights and camera. The Prime Minister, arm in arm with Churchill and followed by his entourage, started to lead him into the room. I switched on my floodlights; a surprised Churchill growled “What’s this, what’s this!” No one had the courage to explain. I timorously stepped forward and said “Sir, I hope I will be fortunate enough to make a portrait worthy of this historic occasion.” He glanced at me and demanded “Why was I not told?” When his entourage began to laugh, this hardly helped matters for me. Churchill lit a fresh cigar, puffed at it with a mischievous air, and then magnanimously relented.

“You may take one.” But to get the giant to walk grudgingly from his corner to where my lights and camera were set up some little distance away was a feat! To this day I consider it my greatest diplomatic triumph. Churchill’s cigar was ever present. I held out an ashtray, but he would not dispose of it. I went back to my camera to make sure that everything was all right technically. I waited, he continued to chomp vigorously at his cigar.

I waited. Then I stepped toward him and without premeditation, but ever so respectfully, I said “Forgive me, sir.” and plucked the cigar out of his mouth. By the time I got back to my camera, he looked so belligerent he could have devoured me. It was at that instant that I took the photograph. The silence was deafening. Then Mr. Churchill, smiling benignly, said “You may take another one.” He walked toward me, shook my hand, and said, “You can even make a roaring lion stand still to be photographed.” In my archives the photograph of Churchill is filled under “The Roaring Lion”. This image of Winston Churchill is considered one of his best works and it is my favorite Karsh Portrait.

In wartime London. Karsh started photographing one famous personality after another – among them George Bernard Shaw, the Archbishop of Canterbury, and the British royal family. It was also in London that he started the practice of “doing his homework,” of finding out as much as he can about each person he is about to photograph.

And so it was that Yousuf Karsh continued to photograph dignitaries and celebrities creating some of the most famous portraits of our time. Karsh also published 15 books of his photographs, which include brief descriptions of the sessions, during which he would ask questions and talk with his subjects to relax them as he composed the portrait.

In 1962 Karsh married Estrellita Nachbar. The new Mrs. Estrellita Karsh helped Yousuf tremendously with her editorial ability, organization skills in planning and scheduling trips around the world. The two complimented each other tremendously as they pursued joint interests in archaeology, art and medicine.

Around this time Karsh began to photograph, as a contribution, the National Poster Children of the Muscular Dystrophy Association. He always welcomed young people to his studio as he was grateful of the help and education he received in photography from Garo and even from Edward Steichen who were important figures in shaping the career of Yousuf Karsh.

After 60 years in the business of photography, Karsh closed his Ottawa studio in 1992. It was located in the Château Laurier Hotel. In 1997, he and Estrellita relocated to Boston, the city of his apprenticeship.

In 2002 Yousuf Karsh passed away but left a legacy of incredible images for future generations to enjoy. He was indeed one of the true masters of 20th century photography and has been an inspiration to many photographers throughout the world, myself included. 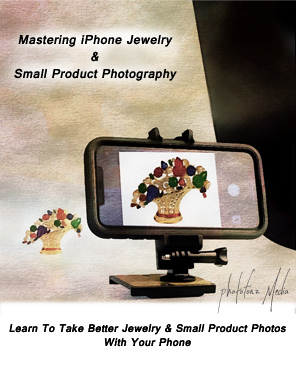 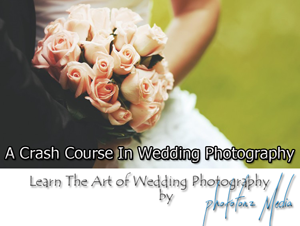 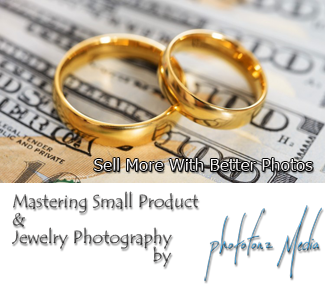